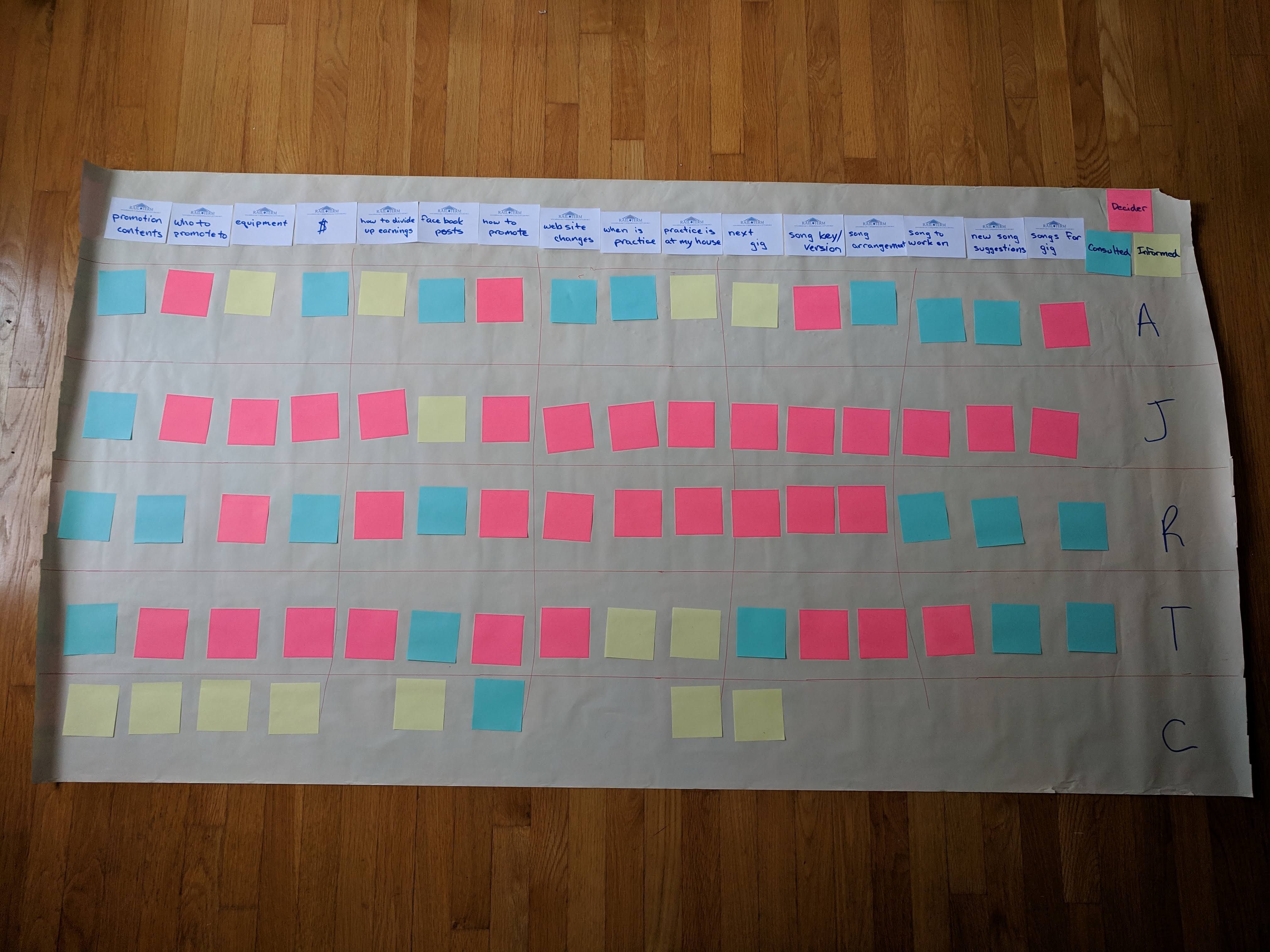 I facilitated a retrospective on decision making with a team that I believed to be slowed down by busy schedules and consensus-driven decision making. As normal, I was not entirely correct. The discussion was valuable.

We opened with an appreciation shower. The group had been apart for a while and it felt like we needed to reunite. They did well!

We went on to brainstorming what kinds of decisions we make. I nudged to make sure that we covered all of the major topics that I had thought of earlier and pushed to break things down into logical categories for the next exercise.

We proceeded to categorize how much we wanted to be involved in each decision.

The results of that process are in the image. (Yes, that is the back of wrapping paper. Reduce/reuse/recycle…)

The final phase was to discuss actions, which was cut short with our time window closing. I expect suggestions will appear for weeks.

What I’d do differently